Village Lutheran Church is a collection of sinners who have been made saints, holy and pure, by the working of the Holy Spirit through the Word of God, Holy Baptism, and the Lord’s Supper. As we receive Christ’s gifts, we are strengthened in faith toward Him and in love for one another. Though Village is located in Ladue, our members come from all over metropolitan St. Louis and from all walks of life. We invite you to get to know the members of Village. You can begin that process by meeting Village’s staff. 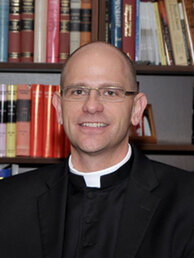 Rev. Dr. Tyler C. Arnold was born on August 23, 1973, in Alton, Illinois. He graduated from Roxana High School in 1991 and from Concordia University-River Forest in 1995 with a Bachelor of Arts degree in Sociology. He attended Concordia Seminary in St. Louis and graduated in 1999 with a Master of Divinity degree. In 2019, Pastor Arnold received his Doctor of Ministry degree from Concordia Theological Seminary in Fort Wayne, Indiana in the area of Pastoral Care.

Pastor Arnold has served on the Board of Congregational Support for the Southern Illinois District, as the Chairman for the Committee on Structure and Administration for the Missouri District, and as the Missouri District’s Structure and Administration Task Force (Rev. Dr. Kevin Golden was the Chairman of the Task Force). He has also served on the Board of Directors at Unity Lutheran School in East St. Louis, Illinois, and he also was Pastoral Advisor to the Executive Council of the Northland Lutheran School Association in the Kansas City Northland. He served for nine years as a Circuit Visitor and on various district program and conference committees. Currently, he serves as a member of the Board of Regents for Concordia Seminary, St. Louis, and he is a “Fellow” on the Collegium of Pastors for DOXOLOGY – The Lutheran Center for Spiritual Care and Counsel.

Pastor Arnold is the author of the book Pastoral Visitation: For the Care of Souls, which was published by Lexham Press and is scheduled to be released later in 2022. He has written articles published on The Lutheran Church-Missouri Synod's website as well as by The Lutheran Witness, SEELSORGER – A Journal for the Contemporary Cure of Souls, LOGIA, and Christianity Today. He also wrote a Bible study called Finding Balance and Perspective in Ministry, which was published by the LCMS. He has been a speaker at District Pastors Conferences and various retreats on the topic of the care of souls.

He was joined in Holy Matrimony to Andrea (nee Thur) in 1995 at Holy Cross Lutheran in Ste. Genevieve, Missouri, where her father served as pastor at the time. They are blessed with two sons: Jacob and Benjamin. Jacob, 24, is a graduate of Missouri State University. He lives in Herculaneum, Missouri and works for Roeslein and Associates. Benjamin, 21, is a Lance Corporal in the United States Marine Corps. His Military Occupation Specialty (MOS) is signals intelligence. 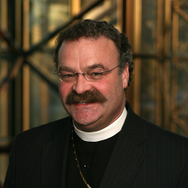 Rev. Dr. Matthew C. Harrison was installed as Village’s assistant pastor in January 2011. Currently president of the Lutheran Church-Missouri Synod, he was first elected in July 2010. He has served parishes in rural Iowa and inner-city Fort Wayne, Indiana. He has also served as Director of LCMS World Relief and Human Care. He is a prolific author, translator and speaker. Pastor Harrison and his wife, Kathy, have been blessed with two sons, two daughters-in-law, and a granddaughter. A fuller biography of Pastor Harrison is available on lcms.org. 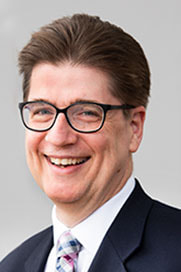 Phillip Magness serves in a dual call as cantor at Village and as an LCMS missionary to West and Central Africa. As cantor, he oversees our music program, is our head organist, and prepares the liturgies for our worship services. His missionary work entails teaching hymnody, liturgy, and church musicianship in Africa. Phillip previously served as cantor at congregations in Texas, Illinois, and Oklahoma. His service to the church-at-large includes chairing the Introduction Committee for the Lutheran Service Book, serving on the LCMS Board for International Mission, and leading music for daily worship at the last three LCMS national conventions. A composer and arranger, Phillip set Luther’s Small Catechism to music for the Growing in Christ curriculum. His book, Lifting Voices and Hearts, will be published by Lexham Press in 2022. Phillip's wife, Cheryl, is Managing Editor for Reporter and also a frequent contributor to Salvo and The Federalist. They are blessed with three children and a daughter-in-law. 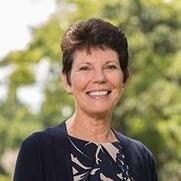 Laura Jostes was installed as Village's Deaconess in May 2019. Deaconess Jostes graduated from Concordia Teachers College with a B.S. degree in Elementary Education in 1974. She taught for several years in Lutheran schools and served as Director of Social Services in a skilled nursing facility before becoming a full time stay-at-home mom. She and her husband, Richard, who is now asleep in Jesus and awaiting the Resurrection, celebrated 41 years of marriage. Her family includes three sons, two daughters-in-law and two grandsons. In May 2018 she graduated from Concordia Seminary in St. Louis with a M.A. in Spiritual Care.  Visiting with family and friends, swimming and photographing God's amazing creation are her favorite activities.
Diane Caughlan serves as the Director of Village Lutheran Preschool after teaching preschool for 11 years and being a full-time administrator for 5 years. You can learn more about the preschool on our website.

Stephanie Motz serves as Village's Office Manager and Secretary. Organizing, communicating and multi-tasking are her specialties.

Ken Pranschke serves as Village's Bookkeeper. Financial questions may be directed toward him.